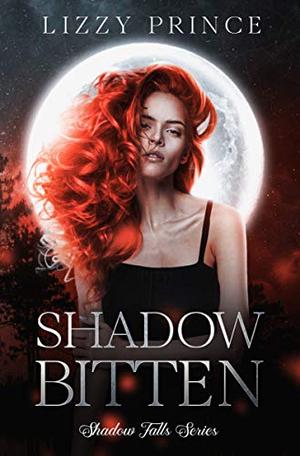 She hated his kind, and then she became one of them.

My first mistake was letting my sister out of my sight. I paid for it with a bargain that’s tainted my soul from the moment I cast that first spell. Actions have consequences and in a cruel twist of fate the thing I’ve been taught to fear, is what I’ve become. A vampire.

I’m an impossibility. Witches don’t become vampires. Now the Alpha has me under his roof. He should be everything I despise, everything I’ve grown up hating, but he’s quickly becoming my savior. My salvation.

I don’t help people. I don’t form attachments and I’m not a damn nurse. I’ve been the good guy and I’ve been burned. Any compassion I had died with my mortality a long time ago. I’m the Alpha vampire that everyone fears because I don’t show mercy. Until I meet her. She fears my kind but I can’t help but be drawn to her. She looks vulnerable but there’s only fire when we touch. I’ve never wanted to be burned more in my long life.

***Shadow Bitten is the third book in the Shadow Falls series. This can be read as a standalone but reading in order is suggested. This book is meant for 18+ due to mature situations and lots of steam!***
more
Amazon Other stores
Bookmark  Rate:

'Shadow Bitten' is tagged as:

All books by Lizzy Prince  ❯