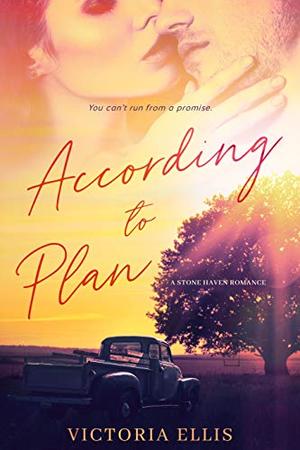 Madison Alexander fled Huntington, South Carolina the day after graduating from high school and has refused to look back since. Being in the very center of a scandal in her small-town made the decision to pack up and leave easy.

After putting herself through college and starting her photography business, life in New York City was looking up...

Until she receives a call that her dad is hospitalized and she is catapulted straight back into all the reasons she ran away from her small, southern town in the first place.

Enter Travis Ford, the ultimate southern gentleman and Madi's first crush. He's agreed to help Madi's dad fix up the old farmhouse she grew up in. Sure, five years have passed since she's laid eyes on Travis, but how can five years be that good to a man? More importantly, did Travis have that chiseled of a jawline and those perfect, drool-worthy muscles back in high school?

No sooner than Madi and Travis reconnect, he's the one leaving this time, and for the turbulent world known as the military. The two say their goodbyes and promise that his tour won't stand in the way of their potential to be together.

But, life isn't always fair and seldom goes according to plan.

According to Plan is a small-town romance that promises:
-A HEA
-No Cheating
-Steamy Scenes
-Friends to Lovers Romance

According to Plan is the SECOND book in a SIX book STAND ALONE romance series!
more
Amazon Other stores
Bookmark  Rate:

'According to Plan : A Stone Haven Romance' is tagged as:

Similar books to 'According to Plan : A Stone Haven Romance'

More books like 'According to Plan : A Stone Haven Romance'   ❯

Buy 'According to Plan : A Stone Haven Romance' from the following stores: