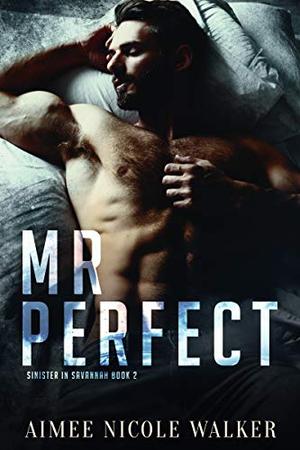 By day, Felix Franklin is an investigative journalist. By night, he produces Sinister in Savannah, an investigative podcast, with his two best friends. Felix’s life revolves around three principles: fortune favors the bold, honesty is everything, and love is for schmucks.

The podcast is back to investigate allegations that a local businessman is dabbling in money laundering. On the surface, everything about Cameron Spencer, aka The Auto King, appears to be perfect. The trio of trouble quickly learns all that glitters is not gold. Seeking the truth will challenge Felix’s convictions and put his life in grave danger. The biggest threat to his well-being isn’t an unknown villain; it’s the reappearance of his first and only love.

Jude Arrow had it all: great looks, charming personality, and a lucrative career as Atlanta’s hottest news anchor. So, why had he recently relocated to Savannah? When the two reporters are forced to work together, Felix will get a chance to ask him. The answer will stun Felix until he remembers not to believe anything that comes out of the heartbreaker’s pretty mouth.

Love and hate are two sides of the same coin and just as conflicting as the battle of wills that ensues. Will the chip on Felix’s shoulder save him from trusting Mr. Wrong or ruin his chances with Mr. Perfect?

Sinister in Savannah series is a fictional podcast exploring the city’s most nefarious crimes with Southern-fried snark. The books explore friendship, love, loss, and the irrepressible human spirit. Mr. Perfect is book two of three. While each book is written about a different couple, the series should be read in order due to continuing storylines. Sinister in Savannah is an LGBT romantic suspense series with mature language and sexual content intended for adults eighteen and older.
more
Amazon Other stores
Bookmark  Rate:

'Mr. Perfect' is tagged as:

The 'Sinister in Savannah' series