Out of the Ashes (The Hellbound Hellion #1) 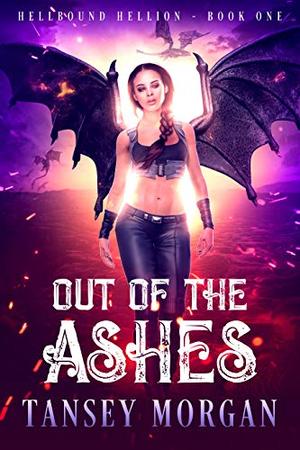 Fresh out of Hell and into the arms of angels. For a demon, nothing could be worse.

When a bunch of cultists drag me out of Hell to be their promised, demonic slave, I don't have a choice but to slash their throats and claw my way to freedom. But the fight leaves me weak, and wounded I fall into the hands of the only thing worse than cultists.

An overprotective guardian without a flock to watch over. A zealous lightbringer forced to pick sides. A lusty warrior hungry for a good... fight.

Escape is impossible. Each of them alone has enough power to destroy me utterly. Except they don't. Turns out I've fallen into a warzone, angels are murdering angels, and I might be the answer to their problems.

Only I've got problems of my own. I have a demonic overlord to hunt down and kill for selling me like cattle. But first I have to shake the angels off, if I could only resist the pull of their bodies.

Out of the Ashes is a sizzling, enemies to lovers with sharp teeth and even sharper plot twists! If you're looking for a fast, exciting read, then look no further - scroll up and pre-order now!
more
Amazon Other stores
Bookmark  Rate:

'Out of the Ashes' is tagged as:

The 'The Hellbound Hellion' series

Similar books to 'Out of the Ashes'

All books by Tansey Morgan  ❯

Buy 'Out of the Ashes' from the following stores: