The Return of the Bard (Kingdom of Uisneach #3) 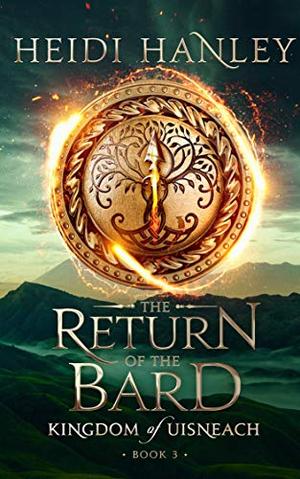 Grieving and pregnant, Queen Briana, driven by a thirst for revenge must carry on as sole monarch of Uisneach. She must separate Shamwa and the dark faerie, Dar Morch, if she hopes to win the fight for Uisneach. When the dashing bard, Silas of Cedarmara, returns with the runes that will restore magic to the five blessed realms, she discovers that vengeance is not as simple an emotion as it seems. Nor, is love. She carries the weight of the kingdom on her shoulders. How can she protect Uisneach, her unborn child and her heart?If Silas the Royal Bard, thought returning to Uisneach would be easy, he was wrong. The kingdom was at war. The queen was in turmoil. He wasn’t even sure of his role in the queen’s court or army. All he could do was follow orders to deliver the runes to the Tree of Uisneach. But, it seemed that one quest only led to others. Will he get the chance to use the magical golden arrow to end the war? Will he find his place here? Or, will he lose his heart?
more
Amazon Other stores
Bookmark  Rate:

'The Return of the Bard' is tagged as:

The 'Kingdom of Uisneach' series

Similar books to 'The Return of the Bard'

More books like 'The Return of the Bard'   ❯

All books by Heidi Hanley  ❯

Buy 'The Return of the Bard' from the following stores: