FALSE START (The Gods of the Gridiron #2) 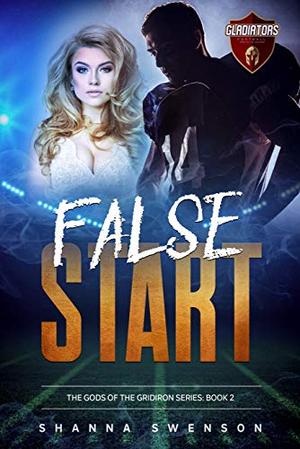 Brett “Brickhouse” McFadden may be called Zeus on the Gladiators football field, but when the man who’s been his best friend and favorite receiver for over a decade gets killed instead of him, he’s completely helpless and left to pick up the pieces Hunter “Hermes” Thomas left behind.

The one and only constant in Brett’s life has always been his hidden love for his first best friend, Madison Thomas, the perfect girl he fell in love with at seven—yes, seven—years of age, who also happens to be Hunter’s widow. Love is complicated after all!

Now that Hunt’s gone, Madi needs him more than she ever has, and Brett feels utterly blessed to be given this second chance, but will the shameful guilt be enough to kill him too?

Madison Thomas, CEO and VP of the Atlanta Gladiators, thought her life was well-established, until the unimaginable happened; the abrupt death of her husband, Hunter. Her overdependence on her best friend, Brett, begins to intensify as the darkest days of her life follow and she finds herself bombarded with the regrets of her past…and the unavoidable attraction she’s always felt for the perfectly-sculpted “king of the gods”.

As new revelations come to light, Madi starts to see that Hunter wasn’t the husband—or man—she thought he was. Now, she must storm past the FALSE START she was given and embrace the possibility of a do-over with the one she’s always wanted—Brett McFadden.

Will the “god of thunder” prove to be the better contender for Hera’s heart or will this long-suffering Olympian forever remain fourth and inches from his ultimate goal line?
more
Amazon Other stores
Bookmark  Rate:

'FALSE START' is tagged as:

The 'The Gods of the Gridiron' series

0.00 · ratings The Gods of the Gridiron reading order and complete book list  ❯