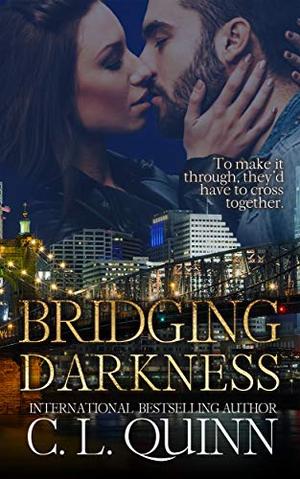 Sheltering in his fifth floor walk-up, Asa, a survivor of an IED in a raid, struggles to sleep each night and stay off the alcohol he's been using to manage his PTSD. It doesn't help that the neighbor across the hall has troubles with a violent ex-boyfriend. All he wants is to be left alone.

Coming from her home in New York, Spider has been hired to protect a woman from unwanted attention when a dangerous ex stalks her. Chicago bound, she has no idea what waits there for her, but as ex-special forces for the British Army, she's up to any task. When she meets the shut-in across the hall, she gets it. Physically and mentally wrecked, the man touches her. She recognizes the trouble he's in. Can she help both her client and the man who needs her even more?

Book 4 continues the saga of the Hope Bridge series, a dark and sexy tale of broken people finding a way to heal. Join the journey from Rushing Falls, New York to Chicago for Spider and Asa's tale.
more
Amazon Other stores
Bookmark  Rate:

'Bridging Darkness' is tagged as: