The Lawman (Cowboys of the Old West #6) 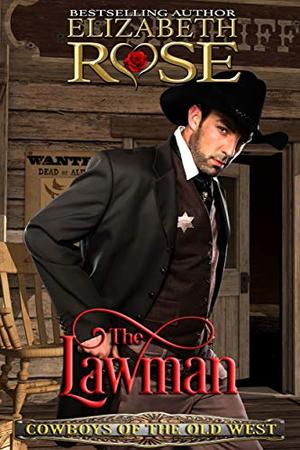 She doesn't remember him, but he has never forgotten her!

When a woman rides into Silence, Texas with a bump on her head and amnesia, Sheriff Quaid Sullivan discovers she is his bride who has left him at the altar. When evidence points to her as the outlaw, Ramblin' Rose, his job becomes even harder. The whole town expects him to arrest her, when all he wants to do is pull her into his arms and protect her instead.

Coralie Kirkland can't remember what happened to her, and neither can she remember why she supposedly left such a handsome man on their wedding day. The people in this strange town seem to think she is a wanted woman, and without her memory, she can't prove that she's not. Now, the only man who can clear her name happens to be the sheriff. But how can she convince him that she's innocent when he thinks she's guilty of not only robbing a stagecoach, but also humiliating him and ruining his life?
more
Amazon Other stores
Bookmark Rate Book

The 'Cowboys of the Old West' series

Similar books to 'The Lawman'

Buy 'The Lawman' from the following stores: