It Takes Two (The Magic Jukebox #9) 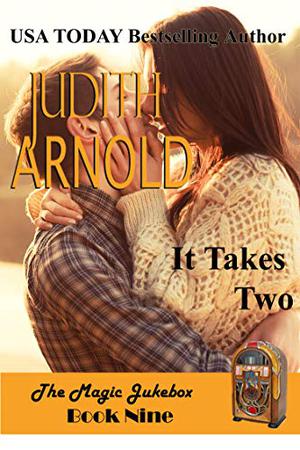 Brogan’s Point’s old Town Hall building needs to be either updated or replaced. Architect Brianna Crawford desperately hopes to win a contract to renovate the building, in part because she adores its elderly charm, in part because she has to bring some income into the tiny architectural firm that hired her, and in large part because the other finalist for the commission is Rollie Davenport, with whom she has an unpleasant history.

Given his choice, Will Naukonen would vote to replace the building with Davenport’s design. It’s daring, it’s modern, it’s futuristic—and Will is a guy with his eye to the future. He’s in Brogan’s Point only temporarily, helping out at the Faulk Street Tavern, which is owned by his mother. An exciting high-tech job awaits him in Seattle. He’ll be heading west any day now, ready to develop cutting-edge computer software.

But one night when he’s helping out behind the bar and Brianna is consuming some liquid courage before she has to present her Town Hall concept to the town, the song “It Takes Two” booms out of the Magic Jukebox. And Will and Brianna realize that it just might take the two of them to make their dreams come true.
more
Amazon Other stores
Bookmark  Rate:

'It Takes Two' is tagged as:

The 'The Magic Jukebox' series

Similar books to 'It Takes Two'

All books by Judith Arnold  ❯

Buy 'It Takes Two' from the following stores: