Falling for His Leather (Escaping the Church #2) 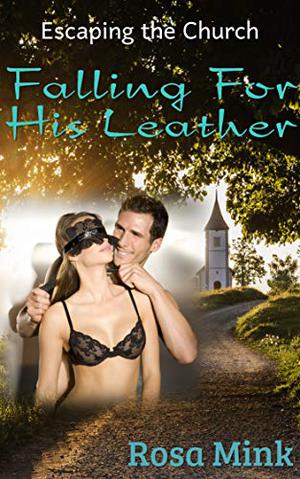 In a world where having multiple wives and up to a hundred children is normal, four siblings know they can’t continue to live that life. They don’t belong but it won’t be easy to get out, let alone live in the real world, and find jobs to support themselves. Escaping the Church is crucial to them finding happiness and love.

Shanna hates her life. She hates being “married” to a man who only comes to see her to attempt to make more children because that’s what the church wants. Her home is a rotting mess and she can barely clothe her kids with what the church gives her. Knowing they tried to keep her from running away, left her with a black eye has Shanna packing up their few belongings, taking along a friend woman she knows wants out as well with her when she goes to meet Janna.

The only plan she has is to not raise her daughter in that life, and when Andy offers to help, she can’t really refuse. No matter how much she wants, her kids come first, and they need more than sleeping in her car. How that lead her to Nate she doesn’t know, but she can’t deny that she wants him more than she’d imagined possible to want a man—or sex—ever. When he shows her just how much he loves her and her kids, she can’t say no, and the best news is when Nate says he has a new job offer, in Portland where Andy and his family live.

It sounds like heaven, and it is, until Fiona comes along, and her husband starts to show her things she never dreamt she could want. But with each new dark desire that he unleashes inside her, her worry that she won’t be enough, and he’ll need another woman grows. Is she truly getting her happy ending or was it just a diversion from the world for a bit?

A chance meeting with Janna and Andy winds up with Nate meeting the woman of his dreams. The hell she’s gone through has kept his true nature hidden, and although he wants more, wants everything with his wife, he won’t ever hurt her. Her father and “husband” did enough of that, and he won’t begin to let it continue. Shanna’s arrival at the shop comes at the perfect time, giving him an excuse to put more distance between himself and the tramp who doesn’t care he’s married. The need to have her can’t be controlled and when it breaks further, showing Shanna the tiniest hint of what’s really inside him, he’s more determined not to lose her.

He tries to bottle it back up but it’s not possible, and when Shanna puts herself fully into his hands his world is perfect, or it would be if his boss’ niece Fiona would leave him the hell alone. When she crosses a line, he’s done. He won’t begin to put up with it any longer, even if it means losing his job. Shanna’s arrival has him swearing wildly, but her fury isn’t directed towards him as she has Fiona in her place. When she turns it onto him, he knows exactly what it really is and can’t begin to stop from showing his woman everything.

With strong language, no cheating—some OW drama with a happy ending, this story of approximately 15,500 words is intended for an adult audience and may include subjects that are sensitive to some readers. It’s short but sweet with insta-love, babies, and heat galore.
more
Amazon Other stores
Bookmark  Rate:

'Falling for His Leather' is tagged as:

The 'Escaping the Church' series

Similar books to 'Falling for His Leather'

Buy 'Falling for His Leather' from the following stores: