by Rachel A. Andersen 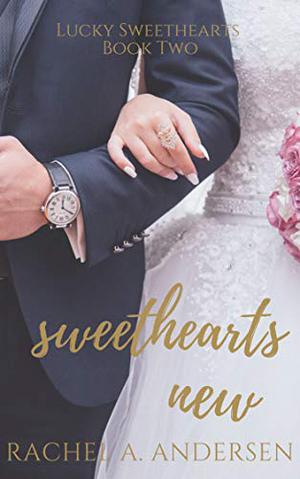 Taking her sister’s place on a honeymoon cruise to Alaska seems like a terrible idea until a stowaway makes it decidedly worse.

Dr. Cassandra Lambert is no fool. When her newlywed sister asks her to take the couple’s reservation, she gives her sister a resounding “no way.” The last thing she needs right now is to go on a vacation and get mistaken for a bride. Unfortunately, Marissa’s usual charm and logic convince Cassie to ignore her instincts, and before she knows it, she’s walking into the most luxurious suite she’s ever seen on board a ship. Momentarily dazed by the grandeur of it all, she forgets that nothing is ever as good as it seems.

Nothing could have prepared Air Force captain, Liam Harris, for the whirlwind that appears in his sights on his reluctant vacation. But there’s something about the fierce beauty that catches his heart and won’t let go. Now, if she would only stop arguing with him for five seconds so he could just tell her...

Surrounded by the untouched majesty of Alaska in summer, Cassandra and Liam must decide for themselves whether they will be Sweethearts New. Inspired by the wedding rhyme, "Something Old, Something New, Something Borrowed, Something Blue," the Lucky Sweethearts Wedding series follows four couples on their way to the altar.
more
Amazon Other stores
Bookmark  Rate:

'Sweethearts New: A Sweet Enemies to Lovers Wedding Romance' is tagged as:

Recent books by Rachel A. Andersen