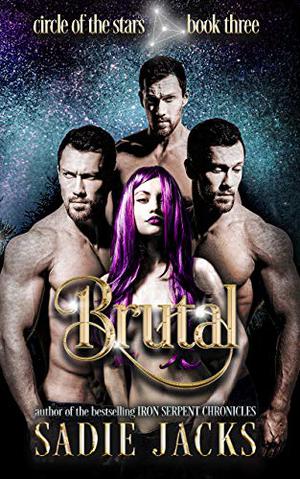 Hollyn Parker and her triplet mates, Thane, Tagan, and Toven, are stuck in a war they didn’t want. Now they’re finding out exactly how high the odds are stacked against them. With only one goddess they can trust, they have to wade into a battle not of their own making.

Between having to train to use the magic they’ve just discovered and trying to deepen the bond they have as fated mates, they’re all stuck between two warring factions frantic to win at all costs. When secrets are revealed, Hollyn and the triplets will do whatever is necessary to break free of the restraints put on them by the gods using them as pawns.

And if it awakens an even greater evil? Well, they did try to tell everyone they didn’t want to play their games.

Will Hollyn and her mates figure out how to best the gods at their own games? Or will they fall victim to the evil that lurks below the surface?

Don’t miss the third book in the Circle of the Stars series by Sadie Jacks. This paranormal romance reverse harem novel will have you laughing, crying, cringing, and yelling for the good guys. If you like quirky humor, tough as nails heroines, sexy and smart alpha males, and a game built by the gods, then you want to make sure you get this book in your hot little hands.
more
Amazon Other stores
Bookmark  Rate:

'Brutal: A Paranormal Romance Reverse Harem Novel' is tagged as:

The 'Circle of the Stars' series

All books by Sadie Jacks  ❯