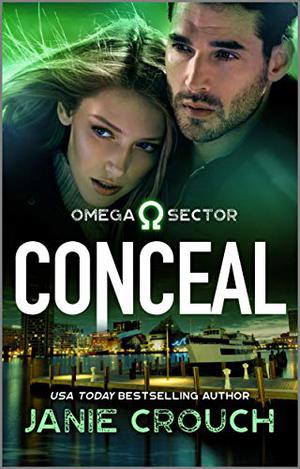 Originally published as Untraceable, undercover operatives must complete their daunting mission while confronting a traumatic past in this reader favorite from USA TODAY bestselling author Janie Crouch

As Bob and Lisa Sinclair, Omega Sector agents Evan Karcz and Juliet Branson were a formidable couple—until a brutal attack left Juliet traumatized. But with a powerful crime boss selling military secrets, the safety of millions depends on the undercover operatives. It’s up to Evan to rehabilitate Juliet…and not fail her as he did on the mission that still haunts him.

Evan’s strategy is to be near Juliet night and day to practice posing as a loving couple. But soon he realizes there’s a sizzling passion between them. And it’s being threatened by forces stronger than they ever realized. With a killer stalking Lisa Sinclair, her “husband” knows he’d risk his cover—and his life—to protect her.

'Conceal' is tagged as:

Buy 'Conceal' from the following stores: