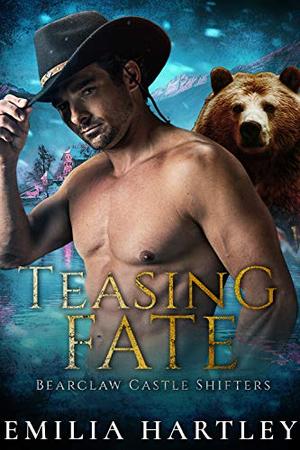 Dumb beast. It’s been nothing but trouble since Wade woke up with the thing inside him after a feral bear attack. He’s lost his family and steady work. The only upside is the chance of finding forever love, but it doesn’t look like that’s in the cards for him, either. His bear might be excited about chasing down and taking Carolina, but Wade’s mother taught him to be a gentleman, and he’s certainly not going to force himself on a woman who doesn’t want him.

He’d leave her alone entirely, but a pack of wolf shifters is sniffing around her. It may be the only thing he and his bear agree on, but he has to protect Carolina.

Carolina Short is used to depending on herself. Her dad abandoned her early, and her mom’s a bit of a flake, but she’s proud of the life she’s made for herself. Her antique shop brings her both pleasure and a living, and her farm does well, too. At least it did until a set of crazy loan sharks showed up, demanding she pay off some debts they claim her father owed them before he died. She could lose the farm and the shop. The only bright spot in her life at the moment is a handsome stranger who restores antiques for the new owners up at Bearclaw Castle. He exudes gentle strength, and he supports her in a way nobody ever has before. She totally wants to jump on that.

But rebound relationships never last. It’s too bad because being around Wade feels like coming home.

Like all Emilia Hartley’s books, Teasing Fate (the second in The Curse of Bearclaw Castle series) is a satisfying and steamy romance with fun characters and a great HEA.
more
Amazon Other stores
Bookmark Rate Book

The 'The Curse Of Bearclaw Castle' series