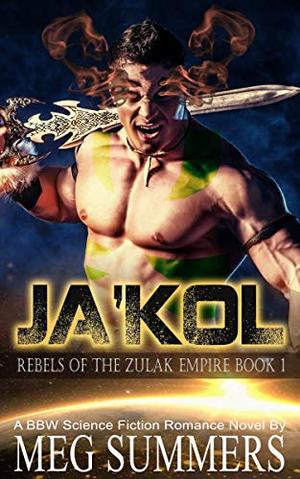 Lost in an alien world, I was immediately greeted by the horrifying dangers that inhabited this planet. Thankfully, I met him.

His name is Ja'kol Fah Lagee. They call him the Butcher of the Bloodless, feared throughout the land for his intense savagery and his brutal ways.

Indeed, his mere presence incited a lot of strong sensations from me, but fear wasn't one of them.

Like, hello? How can I be afraid of a 6'8” stud of pure muscles possessing a ruggedly handsome face that would make my own mother jealous? Never mind the fact that he has an extra pair of eyes and that greenish tiger stripes adorned his marvelous physique. He's the closest thing to a human who I've encountered here and that was enough reason for me to trust him.

I sought his help and bargained for his protection, but he just kept pushing me away. He was hellbent on his quest for revenge and he believed that I would just weigh him down. He tried his best to get rid of me. I was weak, he said... because my body wasn't built for hardship... because I was untrained in the art of combat... because I was a female...

Eventually, I won his respect.

As well as his heart.

And that's when the real problem began.

You see, Ja'kol is on a collision course with the Zulaks, the gods of this part of the universe. He's determined to kill them – any of them – to avenge the annihilation of his entire race.

This, he believes, is his destiny.

This, I believe, will be his death.

No matter what I do, I couldn't make him abandon his doomed quest for retribution.

I don't want to lose him.

I may be thousands of galaxies away from home, millions of stars away from the sun that I knew, and billions of planets separated from Earth... but in this strange land called Keldar, I found something that has always eluded me in my own world.

And it breaks my heart to think that it won't even last.
more
Amazon Other stores
Bookmark Rate Book

The 'Rebels of the Zulak Empire' series

All books by Meg Summers  ❯