I See The Light (Elves After Dark #5) 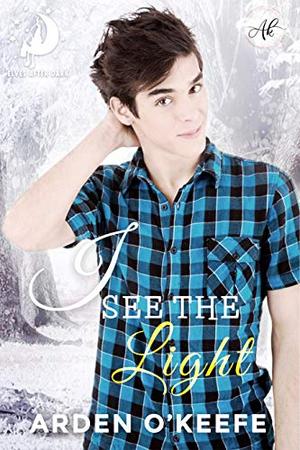 Heath had always been a misfit – a weirdo who went all over town in a tank top and shorts even on a coldest day; who claimed his dog could talk to him; who saw this blinding light every Christmas Eve coming from the woods behind his house that no one else saw.

Even his mother made all sorts of excuses to stay far away from him. If it had not been for his grandma - who did love him despite all his oddness, he would never have had anyone to call his own.

The night before Christmas, with the silliest plan in mind and his coward dog tagging along, he sets out to find the true source of the mysterious light he sees from his window. When he finds the cheerful bunch of elves gathered around the magical bonfire celebrating like kids high on sugar, Heath could not be more excited. Then, finding out that he is half elf and half human gives a meaning to his life; finally understanding the reason behind his weirdness.

Buddying up with a cute elf named Shea for the night to see what it means to possess the magic of an elf, Heath goes on a journey to spread the gift of happiness amongst those who have been good this year. But when the night comes to an end, he is asked to make a decision.

Whether to embrace the magic of an elf within him completely or become a plain, old human and go back to living an ordinary life; back in the world where he was never accepted and to the universe which didn’t have Shea in it…
more
Amazon Other stores
Bookmark Rate Book

The 'Elves After Dark' series

Similar books to 'I See The Light'

Buy 'I See The Light' from the following stores: