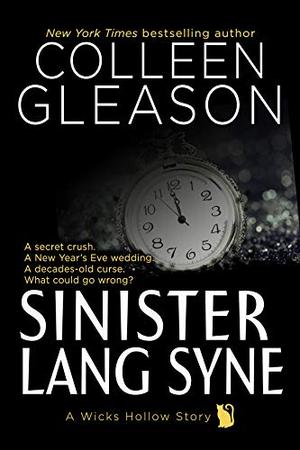 A secret crush.
A New Year's Eve wedding.
A decades-old curse.
What could go wrong?

Wicks Hollow favorite Iva Bergstrom has finally agreed to marry Hollis Nath. Their wedding is about to take place…but will they make it through the vows?

Event planner Callie Quigley is determined to prove that the Curse of Tremaine Clock Tower is nothing more than a legend, so she proposes Iva and Hollis’s wedding at the site on New Year’s Eve.

Unfortunately, Brenda Tremaine—the ghost that haunts the clock tower ever since she died on her wedding night on New Year’s Eve ninety years ago—has other ideas.

When Ben Tremaine—a guy Callie has crushed on since high school—comes on the scene to help Callie debunk the curse, more than a few sparks fly from the angry ghost, who is definitely her own kind of Bridezilla…

This is a short holiday-themed novel set in Wicks Hollow. It's spoiler-free and stand-alone. The Wicks Hollow series does not have to be read in order.
more
Amazon Other stores
Bookmark Rate Book

All books by Colleen Gleason  ❯