School of Fish (Fish Out of Water #6) 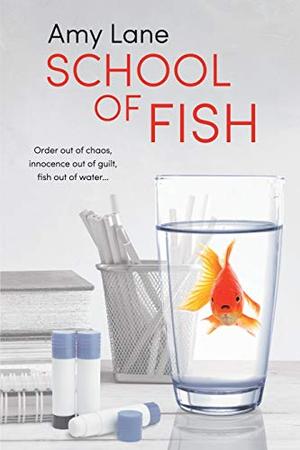 Jackson Rivers has been learning how to take care of himself so he can be there for Ellery Cramer, but after eight weeks of healing, body and soul, he’s itching to get back to work. Finally Ellery gives him a simple task: pick up a file on a kid who probably didn’t commit murder but who refuses to participate in his own defense.

Nothing is ever that easy.

A horrifying game of connect-the-dots leads one case to another, to the mob, to the local high school… and a bottomless list of potential suspects and victims. The case has a lot of moving parts, and Jackson and Ellery have to work fast to make sure the machinery of the mob doesn’t mow down everyone they care about—or rip them apart.

After a year of living together, Ellery is learning to accept that Jackson can’t let an injustice stand. Together they fight to keep kids out of jail while the streets of Sacramento threaten to explode. They’d better hope they’ve learned enough about each other to keep it together, because for this case, school is the most dangerous place to be.
more
Amazon Other stores
Bookmark Rate Book

The 'Fish Out of Water' series

Similar books to 'School of Fish'

All books by Amy Lane  ❯

Buy 'School of Fish' from the following stores: