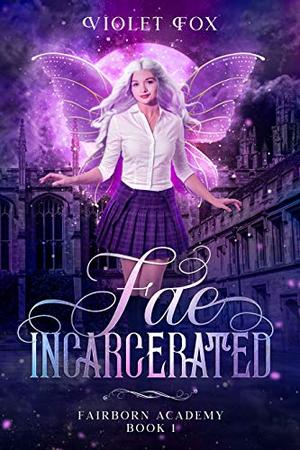 A fae, a werewolf, and a vampire walk into a bar…

Sounds like the opening line of a joke, right? Well, that’s pretty much my life right now, and I have the big gossamer wings to prove it.

One day, I was living on the streets, stealing whatever I could get my hands on so that I could feed my little sister, and then the next I was arrested and sent to Fairborn Reformatory for Unruly Fae.

Which wouldn’t be so bad if the school wasn’t run by the biggest jerk that I have ever met, Dean Levington Straus— a sinfully gorgeous vampire prince with a thirst for faery blood. And don’t forget his ever-faithful guard dog too, Conan Grey — a werewolf who never smiles.

The school is the last stop before prison. Fae of all kind are given a second chance to become upstanding citizens or ‘slaves’ for a bunch of rich vampires who think they’re better than us.

Well, that was until they met Drystan Wildflower, a beautiful fae who can create snowstorms with his mere hands, and he’s a true force of nature. The vampires won’t know what hit them.

Together, Drystan and I will free our people and defy the vampires who enslaved us. But that’s if I don’t do something stupid first, like falling in love with the vampire who runs the school and his trusty pet werewolf too.

Oh, and don’t forget to add a pretty fae boy with ice powers to the mix.

All books by Violet Fox  ❯