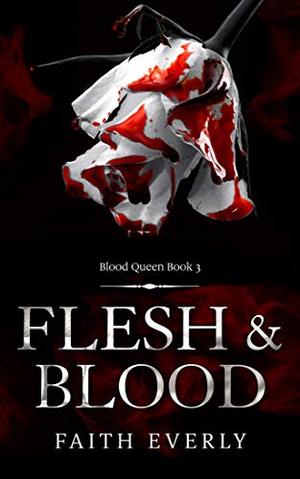 Either she becomes a vampire and takes her throne, or the world as she knows it will end forever.

But it's more than a question of being turned. It's who does the turning.

Without a ruler on the Blood Throne, the supernatural world is more unstable than it's ever been. If the powerful, wicked Lucian has his way, he'll be seated on the throne by the time the Summit ends and will hold both his and the human world in his grip.

Not if Sophie and her vampire consorts have anything to say about it.

One problem: Sophie's now in the clutches of Augustine, a vampire whose legendary depravity and hatred of humans doesn't exactly inspire confidence.

Another problem: the estranged vampire brothers destined to be her consorts can't stop trying to tear each other's throats out long enough to come up with a plan to rescue her.

One thing is clear: if Augustine turns Sophie into one of them and installs her as queen, she'll lose every ounce of humanity at his encouragement and her reign will be brutal, violent, and bloody.

Can Dominic, Gabriel and Kristoff put the past behind them long enough to ensure a legendary reign of peace with the queen they love?

FLESH AND BLOOD is Book Three of the Blood Queen series. Fans of slow-burn reverse harem paranormal romance will fall in love with the sexy, brooding vampires destined to love a snarky, fierce queen the supernatural world never counted on.

Similar books to 'Flesh and Blood: A Paranormal Romance'

More books like 'Flesh and Blood: A Paranormal Romance'   ❯

All books by Faith Everly  ❯

Buy 'Flesh and Blood: A Paranormal Romance' from the following stores: