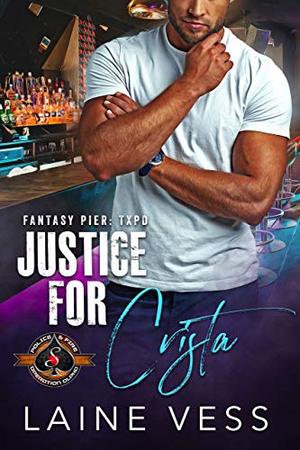 Crista Jessop is used to being considered the family screw-up, but she’s working hard to put her life on track. All of her progress is threatened, though, when she finds a dead body behind her workplace.

It’s no secret that Intelligence Officer Whip Hamill has a thing for Crista, ever since the night she spent in lock-up six months ago. Others tell him she’s trouble, but he believes she’s more than her past actions.

Everything is turned upside down when the new local gang and a few members of a notorious biker gang realize Crista is a potential witness to their murder. Will they get to her first, or can the Fantasy Pier PD stop them in time?
more
Amazon Other stores
Bookmark Rate Book

Similar books to 'Justice for Crista'

All books by Laine Vess  ❯

Buy 'Justice for Crista' from the following stores: