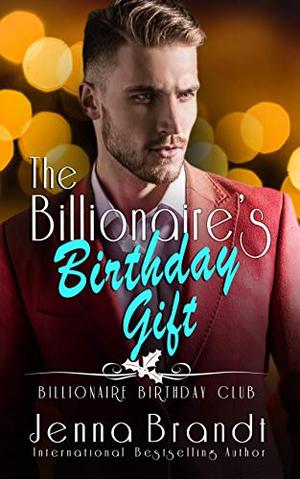 What do you give the billionaire who has everything?

Nate Miller’s music company just sold for a billion dollars, making him one of the youngest billionaires in the world. Despite getting the life he thought he always wanted, he can’t help but be nostalgic about the girl who got away because of it. When he finds out she’s getting engaged, he decides he needs to do something about it before it’s too late.

Stella Buchanan is a triple threat. Though best known for her acting career, singing was always her true passion. The problem was the music industry revolved around Nate Miller, her ex-boyfriend and record producer. When he broke her heart, she promised to leave that world behind forever. At least, until she runs into Nate at the Billionaire Birthday Club during Christmas.

Will Nate’s birthday gift be the perfect present for the holidays? Will Stella decide to give Nate a second chance? And what will happen when Stella’s on and off boyfriend shows up on the island, diamond ring in hand?

***
Billionaire Birthday Club is an exclusive resort—for the billionaire who appears to have everything but secretly wants more. After filling out a confidential survey, a curated celebration is waiting on the island to make their birthday wishes come true!
more
Amazon Other stores
Bookmark Rate Book

All books by Jenna Brandt  ❯

Buy 'The Billionaire's Birthday Gift:' from the following stores: