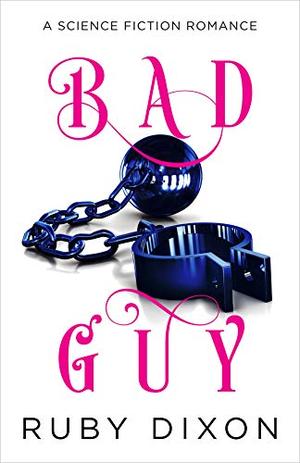 Crulden the Ruiner is the name of a fierce gladiator who’s broken the rules…and broken anyone that approaches.
It’s *my* name.
It’s a name that strikes fear into the hearts of all….all except the small human female who comes to clean my cell and glares at me the entire time.
My new owners want things from me. They want me to play in their games. They want me to win battles for them.
Well, I know what I want in return.
I want her.
And I don’t care who I have to destroy to get her.

But Mina doesn't want to be owned...and certainly not by one as terrible as me. How does a bad guy woo the girl when all he knows is death and destruction?

*** Want to read other stories featuring a villainous (but not too villainous) character? Check out Ella Goode's Bad Girl (B0917YZ483) and Kati Wilde's Evil Twin (B0912S1CL6). Both are coming soon. ***
more
Amazon Other stores
Bookmark  Rate:

'Bad Guy: A Science Fiction Romance' is tagged as: