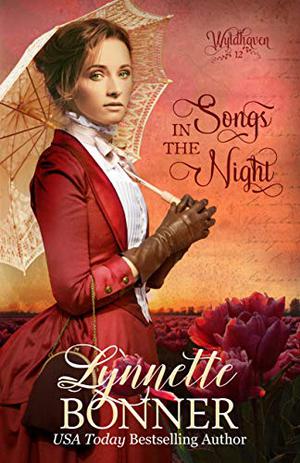 Aurora McClure would like nothing more than to march into Parson Preston Clay’s church and give him a kiss that would knock him into the next county. But since she’s not that kind of woman, and he’s shown little inclination toward her, she’s decided to run instead. Leaving town will be infinitely better than remaining where she will need to continue fighting her feelings. If only she had peace about the decision!
Parson Preston Clay sits at his desk and glares at newcomer Kane Carver, who’s just asked for permission to call on Aurora McClure. His jaw aches. He’s been suffocating his feelings for Aurora for years because his calling requires long hours with low pay and it’s not the kind of job for a family man. Yet . . . staring at Kane, he realizes if he doesn’t act, he might lose Aurora forever.
But just when he sets aside his hesitations, a woman from his past—his distant and nefarious past—rides into town. And though he’s far from the same man he once was, she hasn’t changed a bit. She thinks he’s running a con and wants him to use his safecracking skills to help her break into the bank. When he refuses, how far will she go to ensure his cooperation? And how much will Preston be willing to compromise when she takes Aurora captive?
In the darkest hours of the night, he desperately cries out to the only One who can help him. The One who gives songs in the night.

Take the next stagecoach to Wyldhaven, where the coffee's perked hot, the sheriff likes his apple pie fresh from the oven, and adventure invariably waits just around the next river bend.
more
Amazon Other stores
Bookmark Rate Book

Similar books to 'Songs in the Night (Wyldhaven)'

More books like 'Songs in the Night (Wyldhaven)'   ❯

Buy 'Songs in the Night (Wyldhaven)' from the following stores: