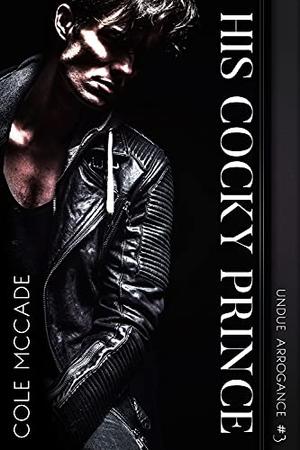 What happens when the Prince of Romance...meets an actual prince?

For decades, Brendan Lau has swept the Hollywood scene as an openly gay actor starring in romantic films — but now, at 51, he's losing out on leading roles to younger actors. And when he's passed over as the hero in a sprawling period film and instead cast as the father, it's less his reputation and more his pride that can't take the insult. But when he confronts the younger actor who stole his part...

Brendan walks right in on Cillian Tell struggling to fend off the director's aggressive — and unwanted — advances.

For 29-year-old Cillian, Brendan's more than a knight in shining armor. He's the reason Cillian fell in love with acting in the first place, and fought to find a place in Hollywood. But the real Brendan is nothing like his debonair heroes or the charming, reserved image he presents on the red carpet; he's arrogant, domineering, grumpy, and entirely set in his obstinate ways. There's no doubt in Cillian's mind that Brendan's a straight-up a-hole.

There's also no doubt that Cillian needs him.

Cillian can't stand to lose his first role in a major feature film. Brendan can't stand the idea of working with a sleazy director. Yet when Cillian begs him to silence, Brendan agrees to keep his secrets — and stays on set to remind the director, Oliver Newcomb, to keep his hands to himself. But somehow Brendan's role as Cillian's guardian and even mentor turns into something else, when Cillian confesses a taboo kink he can only practice with someone he trusts. Brendan just may be the perfect lover of convenience...and is definitely the fake boyfriend Cillian needs to maintain his public image.

But what happens when Cillian starts to fall for the heart beneath the grouch?

And what happens when Brendan discovers Cillian's royal lineage...and how short the leash on his career might be?
more
Amazon Other stores
Bookmark Rate Book

Similar books to 'His Cocky Prince'

All books by Cole McCade  ❯

Buy 'His Cocky Prince' from the following stores: