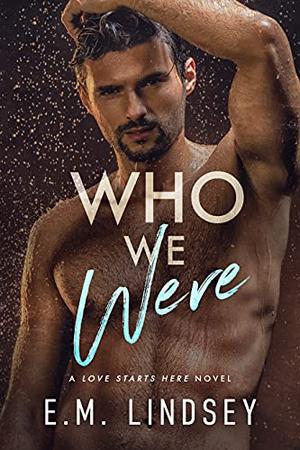 "Don't leave the house, don't talk to the paparazzi, don't answer your phone unless it's me, and do not- whatever you do- attempt to post about this on social media."

Life isn’t supposed to be this complicated when you’re an Oscar winner…right? So what if he has two names, and straddles the line between two worlds. Adan Balil—also known as Bowen Phillips—has made his comeback, and he’s not ready to let go.

If only those strangers hadn’t stolen his room key.
If only their recording hadn’t been live.
If only he hadn’t been wearing panties.

Running away isn’t the smartest thing he’s ever done, but then again, neither is pretending to be someone he isn’t for the ridiculously good looking man next door. And it wouldn’t be so bad, pretending to be the former professor’s professional cuddler, if he wasn’t starting to dream about a future with him.

Noah Jordan is nothing short of perfect in Adan’s eyes, and he’s starting to wonder if maybe giving up his celebrity life might just be the solution to all of his problems.

He just has to convince Noah that in spite of all the mess that comes with his past, Adan’s love is worth it.

Who We Were is the third book in the light-angst, humorous, steamy series, Love Starts Here. It features an asexual awakening, a celebrity running from a scandal, a professional cuddler who isn’t much of a professional at all, an actor trying to figure out who he is and what he wants, and an ex-professor who is trying to figure out where he fits in the world.
more
Amazon Other stores
Bookmark Rate Book

Similar books to 'Who We Were'

All books by E.M. Lindsey  ❯

Buy 'Who We Were' from the following stores: