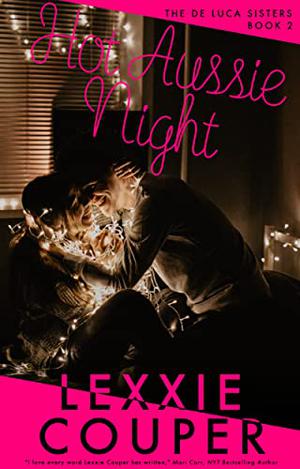 What’s cooking for Christmas? A hot serving of insta-lust with a side order of fake fiancé.

Life-long anxiety isn’t going to stop Elisa De Luca from enjoying her sister’s Christmas engagement party. She’s got a process, and as long as things don’t get too chaotic she’ll be okay. And then, she suddenly finds herself engaged to a hot, hot, hot Aussie—five minutes after meeting him—and chaos is the word of the day.

Super-chef Angus Daniels doesn’t do relationships, but the second he meets Elisa De Luca he’s drawn to her. Big time. When the shy American inexplicably saves him from a sharkish TV producer hellbent on making him the titular star on a bachelor show, Angus begins to question everything he thought he wanted.

A fake engagement requires a fake relationship, but it doesn’t take long for Elisa and Angus to realise there’s nothing fake about what’s happening between them. But when reality feeds baggage, and anxiety nibbles at certainty, love at first sight might not be enough for a happy Christmas. Or a Happy Ever After, full stop.


***A Note from Lexxie: Insta-love is the name of the game in The De Luca Sisters trilogy. That powerful moment that shakes both people to the core and changes everything for them in a single look. Buckle up. Things are about to get fast and wild and fun.***
more
Amazon Other stores
Bookmark Rate Book

All books by Lexxie Couper  ❯