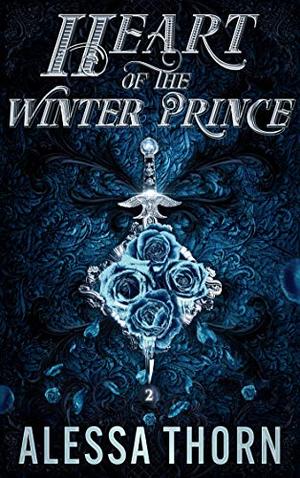 Heart of the Winter Prince (The Fae Universe #2)

The Winter Prince's heart is freezing solid, and only an ancient dagger and an antiques dealer with a Viking temper will be able to save him...

This is the second book in a new fated mates series, 'Wrath of the Fae' about cursed fae princes and the women destined to save them.

Bayn, the Winter Prince, knows that it's only a matter of time before humans break the treaty with the fae. When they do, he's going to plunge the world into a new ice age. That is if his curse doesn't kill him first, and his brother's irritating new mate isn't going to let that happen without a fight. Elise has found a lead on an ancient dagger once owned by Odin, a weapon that could stop ice from freezing Bayn's heart, and she knows just the person to help him find it.

Freya has had enough of pushy men in her life. She's worked hard to get away from her terrible ex-boyfriend, and is doing her best to keep her antiques store afloat. When her cousin Elise said she was sending her a client, Freya had no idea she meant the sexiest, bossiest fae she could imagine.

Reluctantly, Freya agrees to work with Bayn, and soon finds that there's more to the surly fae than meets the eye. They are going to have to keep their hot tempers and burning chemistry in check as they uncover someone selling fae and elves as well as artifacts. Only as a team do they have any hope of surviving the people who are determined to add Bayn to their twisted collections.
more
Bookmark Rate Book
Amazon Other stores

The 'The Fae Universe' series

Similar books to 'Heart of the Winter Prince'

More books like 'Heart of the Winter Prince'   ❯

All books by Alessa Thorn  ❯

Buy 'Heart of the Winter Prince' from the following stores: