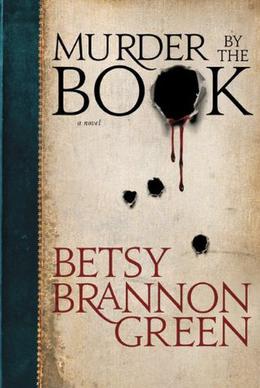 Murder by the Book (Kennedy Killingsworth #1)

Small-town librarian Kennedy Killingsworth thought that Midway, Georgia, was the dullest place on earth until a fateful day that begins with a speeding ticket and ends with a suicide. The ticket comes from Kennedy's ex-husband, Deputy Cade Burrell, who seems desperate to find any reason to talk to Kennedy ever since his scandalous affair. And the suicide victim is Foster Scoggins, the leathery-faced resident who applied for a library card just hours before his gruesome death. Rumors fly that Foster took his life after being jilted by a mysterious love interest. But as the investigation unfolds, murder becomes the name of the game, and anyone might be a player including the four men who recently started competing for Kennedy's attention. Could the killer be Cade, who s been more interested in her since the divorce than he ever was when they were married? Drake Langston, the dazzling billionaire who needed Foster's cooperation to land a major development deal? Drake's construction boss, Sloan, whose powerful build makes him a perfect suspect for the crime? Or could it be Luke Scoggins Foster's hazel-eyed nephew, the charming ex-Marine whom Kennedy just might be falling for? In Murder by the Book, celebrated suspense novelist Betsy Brannon Green skillfully weaves a rich tale of intrigue and romance in a Southern town that, for the time being is anthing but dull.
more
Bookmark Rate Book
Amazon Other stores

Similar books to 'Murder by the Book'

Buy 'Murder by the Book' from the following stores: