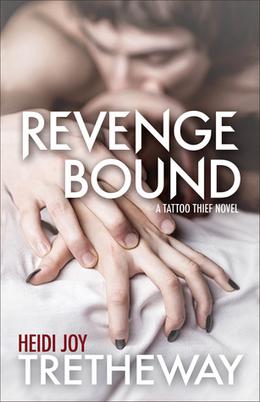 Companion to the first two the books in the Tattoo Thief series (Tattoo Thief and Tyler & Stella) which can be read as a standalone.


On the Internet, secrets never die…

Violet can’t imagine anything worse than having her very private, very naked photos strewn across the Internet.

With her name, address, and phone number attached.

And her boss finds out. And a stalker finds her.

Violet’s refuge is a rock star known for going through groupies faster than guitar picks. Letting Jayce get close enough to protect her exposes her secrets—and her heart—to a man whose celebrity could ruin her.

That’s because being a nobody is the one thing that keeps Violet’s photos from making headlines. And it’s the reason she can never fall for a rock star.

Secrets spread like wildfire when a celebrity fans the flames.


REVENGE BOUND is a full-length, standalone novel, and a companion to the Tattoo Thief books. It contains steamy scenes and strong language intended for mature readers.
more
Amazon Other stores
Bookmark  Rate:

'Revenge Bound' is tagged as: