The Contingency Plan (The Lonely Hearts #4) 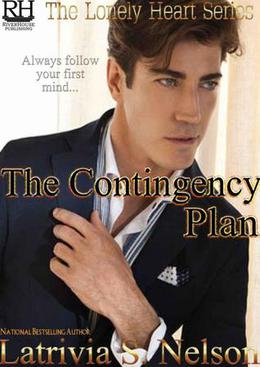 How many times do you hear about a woman asking a man to father her child via artificial insemination? The concept is so common until it barely garners any notice. But how often does a multi-millionaire, blue blood, heart throb ask Charlene “Charlie” Meadows to donate her eggs to mother his children? Just once. And it’s enough to make for one hell of a story.

Charlie is a dedicated solider to the cause of the Democratic Party. As an intern, she gives one hundred percent to the Orrin campaign, and after hours, she gives one hundred percent to campaign manager, Sullivan Orrin. Their connection is undeniable, and in her mind, they could be together forever. Only all that changes when the man of her dreams is offered his dream job.

Sullivan “Sullly” Orrin is no regular man. An alpha male from head to toe with the fine finishing of an upper-class family and an Ivy League education, he is set-up and expected to succeed. As a former playboy, he’s not ready when a young black girl from South Florida nearly derails his plans and makes him fall in love. So what does he do? Run. Only he can’t run far enough from true love. It catches back up with him nearly a decade later when he realizes that traditional relationships don’t work for him. Opting to use InVitro Fertilization to start his own family, he has to pick the perfect woman. And there is only one candidate that he has in mind. Too bad she’s engaged.

Now Sully has to grovel and beg to get what he wants, and Charlie is now the successful woman that she always promised she would be. Convincing her won’t be easy, and even if he does get her eggs, will it only make him want more?

Read the fourth book in national bestselling author Latrivia S. Nelson’s Lonely Heart Series, The Contingency Plan for a story that spans nearly two decades between polar opposite lovers who can’t help but attract in a romance that proves that even the best laid plans still have to be tested by life.
more
Amazon Other stores
Bookmark  Rate:

'The Contingency Plan' is tagged as:

The 'The Lonely Hearts' series

Similar books to 'The Contingency Plan'

Buy 'The Contingency Plan' from the following stores: