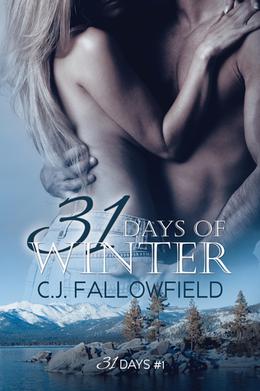 Containing sizzling scenes as well as romance, intrigue and humour, the 31 Days duology contains adult themes and is suitable for the over 18’s only.

What would you do if everything you thought you knew about your relationship turned out to be a lie? If your boss made you dread going to work each morning, despite the fact that you enjoyed what you did? If you had a dream that you'd never followed because you were scared of change?

Ellie Baxter is a 26 year old Senior Editor in a Publishing firm, whose relationship is stagnant and she feels unfulfilled and underutilised in her career. Following a shocking discovery, her best friend convinces her to take a month out, to give her time to reassess her life. So she books a twenty-eight day retreat in a cute little boathouse, situated on an island, in the middle of a loch, in a remote part of Scotland. Her intention, to be as far away as humanly possible from any distractions.

The gorgeous caretaker of the island that she has escaped to however, instantly challenges that plan. Sexual sparks fly from the moment he picks her up from the airport. Yet while the mutual attraction is undeniable, he insists that nothing can ever happen between them, they can only be friends. As they spend more and more time together, is it a promise that he can keep? Can a man and a woman with sizzling chemistry really just be friends?

He wants to know Ellie's life story, but refuses to give away much about himself, not least where he disappears to for four hours every day. Ellie is intrigued by him, and becomes determined to break down his emotional walls, as well as tempt him into her bed. But when she finds out his secret, will she still want him?

31 Days of Summer, the conclusion, is due to be released on 26th December 2014.
more
Amazon Other stores
Bookmark  Rate:

Similar books to '31 Days of Winter'

Buy '31 Days of Winter' from the following stores: