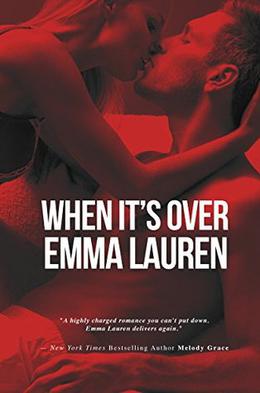 A beautiful college senior and her private writing professor collaborate in more ways than one.

Haunted by her mysterious past and torn between her desire for two men, the more Sydney learns about life, the less she understands.

As Sydney's final semester at Addison College begins, she registers for an independent study with Professor Sparling. Unable to suppress the attraction she feels toward her teacher, Sydney flirts shamelessly hoping her college romance fantasy comes true. To her surprise, Professor Sparling reciprocates. Sydney loves the magnetic tension between the two of them, but most of all she loves to imagine that perhaps she and her professor are truly meant to be.

Still, Sydney can't deny that she harbors deep feelings for her ex, Henry. And Henry remains madly in love with Sydney. He’ll stop at nothing to keep her away from the professor.

Henry claims he lied to the woman he loves for all the right reasons. He'll do whatever it takes to win her back. But will she give him a second chance?

At the center of a torrid love triangle, Sydney must decide whether to forgive Henry's betrayal, or plunge into an affair with her hot, rule-breaking professor.


Two men want her, only one can have her.

This racy novel from the When It’s Love new adult contemporary romance series continues Sydney Morrison’s passionate coming of age story.
How far will she go with her professor before it’s too far? Can Henry convince Sydney that his love for her is stronger than his lies? Will love win over lust?


Praise for When It’s Over:

'When It's Over' is tagged as:

The 'When It's Love' series

Similar books to 'When It's Over'

All books by Emma Lauren  ❯

Buy 'When It's Over' from the following stores: