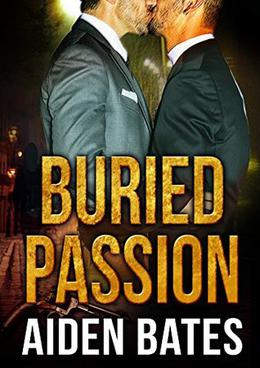 This is the first book in the Never Too Late series. However, it can be read by itself (stand-alone).

Ryan is a detective with the Abused Persons unit of the Mass. State Police. He loves his job, and he’s very good at it. He balks when his supervisor assigns him to a case with the Cold Case unit, and not just because that’s out of his area of expertise. Everyone in Cold Case is an alpha, and that’s just not a comfortable place for an unclaimed omega to be.

Ryan and Nick butt heads almost immediately, although it doesn’t take long for either detective to figure out that at least part of the reason for their strife is the scorching chemistry between them. When their cold case seems to parallel Ryan’s life a little too closely, and when Ryan’s methods don’t fall exactly in line with Cold Case procedure, will their differences drive them apart?

This book contains sexually explicit content and not suitable for anyone under the age of 18. This book is approximately 80,000 words, has a happy ending and does not end in a cliffhanger.
more
Amazon Other stores
Bookmark  Rate:

'Buried Passion' is tagged as:

The 'Never Too Late' series