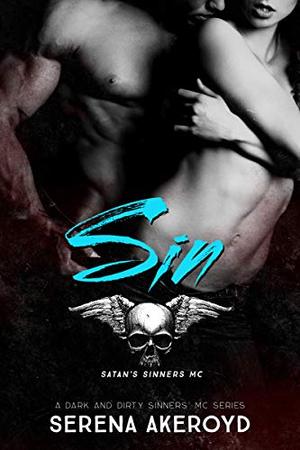 His name was earned.

His reputation is feared.

Before he was Sin, he was Padraig, and Padraig?

Makes Sin look innocent, and that makes me want him, and all his darkness, more than ever.

But then, I'm a spoiled brat—until I can't be that anymore. Until my kingdom crashes down around me, and I become a nobody.

But to Sin? I could never be nothing.

Our love was founded on secrets, on hushed rendez-vous, and forbidden nights, and Sin?

He’s ready to bring us out into the light.

Through blood shed, fallen tears, and lives lost, Sin will do whatever it takes to claim me, and me?

I'm ready to be his.

All the way. Into the light, and out of the dark, it's just a shame that fate doesn't always want the same thing for us as we do.

Find out if we can be together in SIN, book three of the Satan's Sinners' MC series.

All books by Serena Akeroyd  ❯

Buy 'Sin: A Dark MC Romance' from the following stores: