The Queen's Line (Inheritance of Hunger #1) 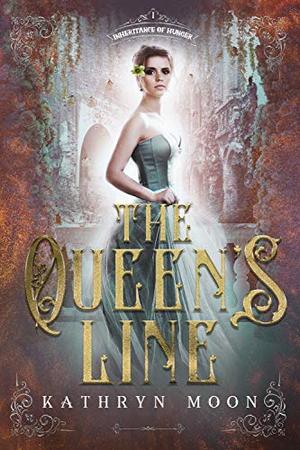 The Kingdom of Kimmery is broken…

Bryony, Princess of Kimmery, has a secret. She lacks the Hunger, the magical and passionate craving that is responsible for Kimmery's prosperity. Without that power, she will lose the crown and the chance to rule the kingdom she sincerely loves.

The Queen's Line must select Chosen to satiate their Hunger with and Bryony's Choosing ceremony has arrived. On her first night with her newly assembled men—a prince, an ambassador, a stablehand, a sculptor, and a rogue—her own secret, and the secrets of Kimmery, spill out between them.

North of Kimmery's capitol, the people are starving. When her truth is revealed to her iron-hearted grandmother, Bryony invents a plan to buy time. She and her Chosen will go to the desolate Winter palace where she can pretend to explore her Hunger while investigating the kingdom's failings.

Bryony is determined to take Kimmery and its people back into a golden age, and keep her crown. As passions rise with her chosen so do the obstacles and adversaries they face. Kimmery's prosperity isn't the only thing Bryony misunderstood, and the Hunger is more than what it appears.
more
Amazon Other stores
Bookmark  Rate:

'The Queen's Line' is tagged as:

The 'Inheritance of Hunger' series

Similar books to 'The Queen's Line'

Buy 'The Queen's Line' from the following stores: