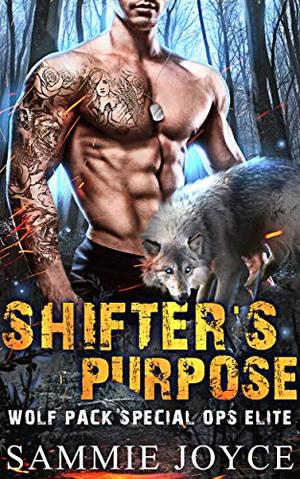 Mason Rowland is a sexy powerful werewolf. He’s also part of an elite military unit. He’s at peace with his wolf and he lets his animal out to run without controls.

Holly O’Neil doesn't like shifters. Not even a little bit.

When these two meet at a local hangout, it’s not love at first sight. At least not for her. She knows what he is and she’s not interested in anything he has to offer—no matter how hot he is.

So she does exactly what her instincts tell her to do. She shuts him down. Hard.

But an unexpected opportunity to come to her rescue turns him into a hero. Twice. The second time he steps in for her, only a lie can keep Holly safe. But the lie sets a series of events in motion that neither expects.

The most surprising part is the electricity that sparks between them. Neither can deny the pull. The attraction is real and true.

Being in a fake relationship may or may not be the best way to solve the problem, but it’s the path they're on so they have to see how it plays out. Nothing is permanent, right? It will be easy to go their separate ways once the coast is clear, won’t it?

Read all the steamy paranormal romance from Sammie Joyce tinged with action, adventure, and mystery.

And read all the books in the Shifting Seasons series, too!
Summer Enchantment
Fearing the Fall
The Depths of Winter
Spirits of the Spring

'Shifter's Purpose' is tagged as: