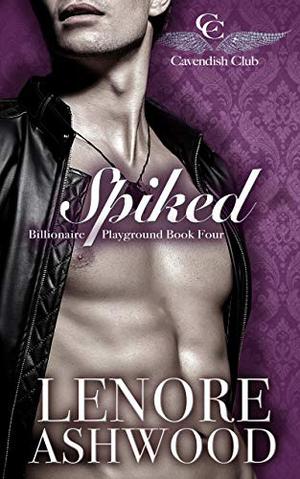 Merrill is on the verge of losing her life’s work…

Worse, she’s forced into protective custody with a man who loathes her on sight.

Luca Flynn thinks babysitting a spoiled, genius scientist is beneath his duties as an Interpol officer. But man, can she wear the shit out of a pair of heels.

A week in a remote Minnesota cabin should shock her upscale sensibilities and give him a laugh.

But Merrill shatters his assumptions one by one. She’s not as spoiled as he thought, and he’s in an emotional tailspin.

When her corporate enemy hunts her down, can he keep his cool and keep her—and his heart—safe?

Welcome to Cavendish Club, a secret playground for billionaires where science and technology combine to deliver unparalleled sensual fantasies. it’s also the place where one woman will seek the ultimate revenge.
more
Amazon Other stores
Bookmark  Rate:

All books by Lenore Ashwood  ❯