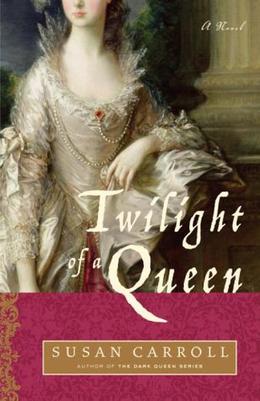 Twilight of a Queen (The Dark Queen Saga #5)

As war and treachery loom, an ambitious manâ��s mission threatens to topple two dazzling realms and their formidable rulers: Catherine de Medici, the Dark Queen, and Ariane, the Lady of Faire Isle.

It is 1588, and as the Spanish Armada prepares to besiege England, Paris balances on the brink of revolution. To maintain her grip on the throne and on the dark magic that has become her obsession, Catherine de Medici turns to Louis Xavier, a ruthless corsair who was schooled in the dark arts and has mastered piracy along the Spanish main. But Louisâ��s basest instincts are held in check by the kindness of Lady Jane Danvers, a British exile whose innate sense of honor is but one facet of her complex and passionate nature.

On Faire Isle, Ariane Cheney, unaware of the escalating threat from the Dark Queen, struggles with the task of protecting the daughters of the earth and their vast store of ancient magical wisdom. Weak and desperate for an advantage, the ailing Catherine makes a devilâ��s bargain that will cast a shadow over all.
more
Bookmark Rate Book
Amazon Other stores

Similar books to 'Twilight of a Queen'

Buy 'Twilight of a Queen' from the following stores: