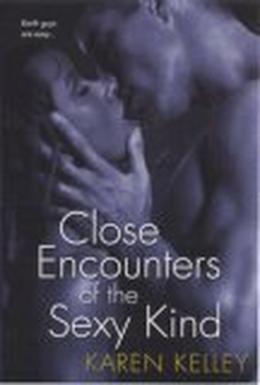 Beam Me Up, Hottie. . . Sex with the perfect man is overrated, especially if your Mr. Perfect is a robot, and you know there's something better out there. Can Mala help it if "out there" is way out there? Her grandmother, an intergalactic traveler, left a diary behind describing the exceptional lovemaking talents of Earth men. There's also a documentary that depicts a comely young woman and a rugged-looking person she calls "Sheriff." There are no Sheriffs on Mala's home planet. Solution? Head for Earth and get one of her own. . .

Sheriff Mason McKinley is having one hell of a week. First, the local conspiracy theorist called a bunch of reporters to town in search of Bigfoot, and now he insists he's seen a UFO land out near Devil's Bend. But when Mason rides out to investigate, instead of little green men, he finds the sexiest woman he's ever laid eyes on. Though Mala's odd behavior--an obsession with the naked channel, straightforward offers of sex--might have something to do with amnesia, what red-blooded American male wouldn't feel lucky? Still, Mason doesn't want to take advantage of a lost soul. . .however much she wants to be taken advantage of. . .
more
Amazon Other stores
Bookmark  Rate:

'Close Encounters of the Sexy Kind' is tagged as:

Similar books to 'Close Encounters of the Sexy Kind'

More books like 'Close Encounters of the Sexy Kind'   ❯

Buy 'Close Encounters of the Sexy Kind' from the following stores: