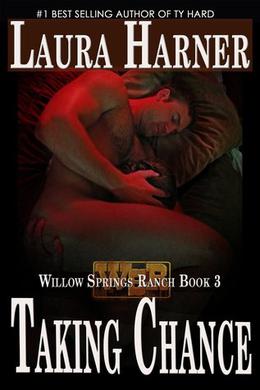 Officer Chance Carter is pretty sure he’d still enjoy being on either end of a good ass reaming—just not the one from his supervisor that lands him on an involuntary extended vacation. Another holiday season with nothing to do except visit an old friend.

Former hospital corpsman Bryan Mitchell doesn’t feel less than honorable, but that’s what his discharge paperwork states. Now he’s down and out in Kingman, Arizona until the charity of a stranger lands him a temporary job for the holidays.

When two federal employees go missing during a highly controversial wild horse roundup, the two Willow Springs Ranch newcomers are drafted to help in the search, but if rumors of a local anti-government militia are true, Chance and Bryan may be in serious trouble—and from something far more dangerous than their mutual attraction.
more
Amazon Other stores
Bookmark  Rate:

'Taking Chance' is tagged as: