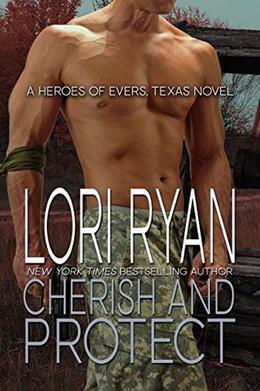 She's living life on her own terms for the first time.
He's been handed a second chance at life he's not sure he has the guts to take.   But there are dark forces that might take away their shot at a life and love together.

Presley Royale's life has been mapped out for her from the day she took her first jump on a horse. The Grand Prix circuit was once everything she always wanted. Today, she's not so sure. But she does know one thing. She'll be the one making the decisions in her world from here on out. One of those decisions is to let James Lawless in.

He wasn't ever supposed to come back alive. Not while so many others suffered because of his failures. His teammates, his sister, the woman who saved him when no one else could. When pieces from his past begin to come back to him, he knows he'll fail again. And this time, the woman he's falling in love with will pay the price for his shortcomings.

Cherish and Protect is a standalone book that can be read in any order within the series.
more
Amazon Other stores
Bookmark  Rate: