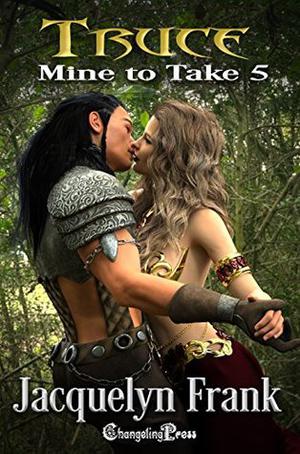 Left with little choice but to make his enemies his friends, Valerian Jorku entrusts Melena with the task of brining her rebel brother to the bargaining table.

Melena belongs to Valerian, but their relationship goes deeper than being owned by him. She has come to depend on him. This man she once hated is now evoking emotions within her she finds hard to express for fear she will give him power over the last little part of her.

As for Valerian, the war against his tyrant brother for control over the throne heats up just as intensely as his passions with Melena do. There is a certain violence in each and Valerian struggles to remain dominant over all of it.
more
Amazon Other stores
Bookmark Rate Book

Buy 'Truce' from the following stores: