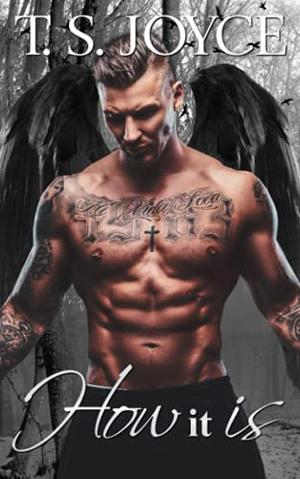 The king is dying. Krome has been the leader of the Crow Blooded for years, but his reign is over if he can’t find a way to heal his wings after a war with the Bane brothers. He’s stuck in the in-between, not quite a crow, not quite a man, and unable to choose a form. When his crows break the rules and abduct a human woman they swear can fix him, he thinks they’ve lost their minds. She’s smart and beautiful, and she has his attention in an unsettling way. Her secrets for wanting to help him might just annihilate his defenses altogether, and on the verge of war, he can’t afford to go soft. The woman who is saving him could also be the broken king’s undoing.

Cora Peterson is just a regular girl working a unique job. She’s drawn to birds, and crows in particular because of her long history with them. On the day she discovers crow shifters exist, there is no time for shock. The man she’s thrown in with is dying, and she’s the only one who can help. And his Crow Blooded people have made her a promise. If Krome lives, she lives, too. What starts as a project for survival turns personal when Krome shows her surprising respect and care. All of the pieces of her past seem to be coming together, but there is danger in bonding to a man at the top of the food chain. If she lets him slip, she becomes the target in a war that the humans don’t even know about…and eventually, she will have to choose between his life, or hers.

The Oath of Bane was just the beginning.
It’s the crows’ war now.

Similar books to 'How It Is'

Buy 'How It Is' from the following stores: